Pronunciation of Regular Verbs in Past Tense

First of all, what is a tense? In English Grammar, the word “tense” is different from the state of anxiety or nervousness. It simply refers to “action with respect to time”
Actions are, in other word, referred to as verbs. For example, run, sing, play and dance are verbs because they are actions.
Past tense is used to express completed actions or habits in the past. For instance, when a story is being narrated, it is presented in past tense.
We cannot discuss past tense without taking consideration of regular and irregular verbs.
Regular verbs are those verbs that follow a particular spelling pattern. In this case, they take an additional -ed to form Past and participle tenses. For example, 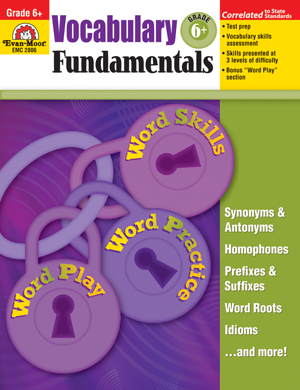 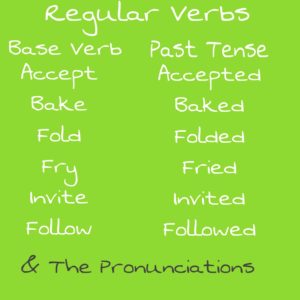 in both past and participle forms.
Whereas irregular verbs don’t follow any laid down spelling pattern. For example:

Rule 1 for /id/: If the base verb ends in a “t” or “d” sound already, the added “ed” is pronounced as another syllable using /id/. For example, words like started, ended, graduated, attended and visited have the last syllables pronounced like “ed”

Rule 2 for /d/: If the base verb ends in a *voiced sound, the added “ed” is blended with the word and pronounced as “d”. In this case there is no extra syllable added. For example: moved, returned, played, raised, gauged, called and many more.

Rule 3 for /t/: If the base verb ends in a *voiceless sound, the added “ed” blends with the previous consonant and pronounced as “t”. In this case, there is no extra syllable too. For example: stopped, finished, laughed, cooked, fixed, watched and many more.

A voiced sound means that your vocal cord vibrates or produce humming sound when you speak. You can identify these sounds by placing a finger on your neck as you pronounce the following consonant sounds: b, v, g, z, j, th, l, m, n, r and all vowels. You will feel the vibrations with your finger, they are voiced sounds.

For your practical, I leave you with some verbs